“Faith Leaders play a key role in suicide prevention,” says Rick Goldsworthy, Director of Research & Development at the Academic Edge, Inc., “They are often the first, and frequently only, person to whom someone struggling with suicidal ideation will turn. Our research questions were: what are faith leaders doing, what do they need, and how can researchers and developers help them? That’s what our suicide & faith project is all about.”

Summary of the Suicide and Faith Final Report Presentation

Suicide rates have risen sharply, especially among middle-aged Americans, and suicide is the 2nd leading cause of death in persons aged 25-34, and the 3rd among those 10-14 and 15-24, with 38,364 deaths attributable to suicide in 2010 (most recent data). Faith leaders represent important front-line gatekeepers for addressing suicide, yet, despite continued calls for over a decade, no evidence-based training and support materials exist specifically for them. We sought to close this gap by developing and evaluating faith leader-tailored, web-deliverable, support resources.

Participants indicated the resources were credible, accurate, and professional, and they were more likely, after use, to engage in several key suicide prevention roles in their organization. Additionally, significant growth was observed in suicide knowledge, awareness of risk and protective factors, and self-efficacy. All usability/satisfaction ratings were high, with most means exceeding 3.75 (4 point scales). Participants suggested numerous changes and additions to the current resources.

Faith leaders play an important role in suicide prevention. The suicideandfaith.org resources were well received and affected factors influencing engagement in key prevention, intervention, and postvention support behaviors. We will discuss the resources and findings, challenges, and next steps. 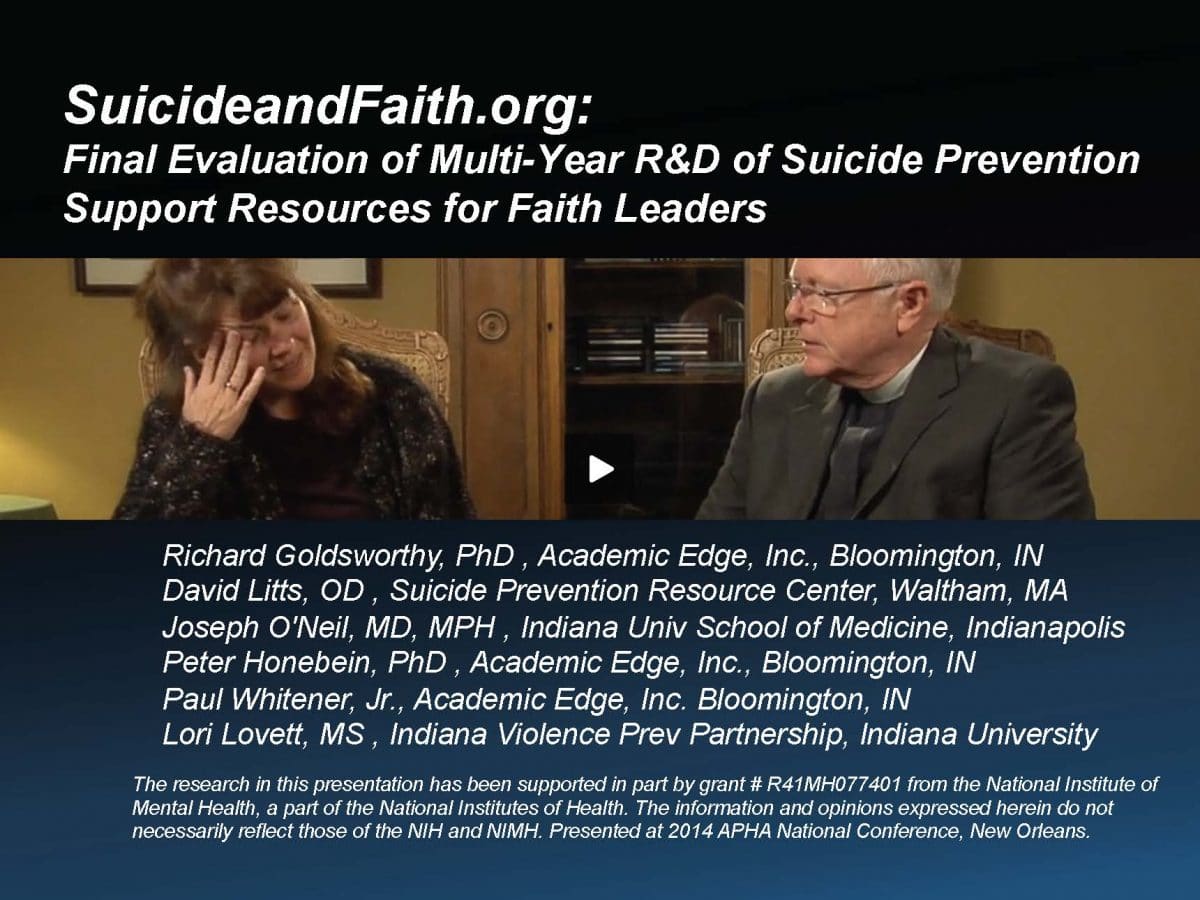